The color of an engine oil reveals a lot about its condition and ability to lubricate and protect the engine. At this point we want to go into the different colors and states that a motor oil can take on during its life. In doing so, we focus in particular on the conditions that can be harmful to the engine.

Does blackened engine oil need to be changed?

Heat Cycles:
During operation, the oil is heated. The engine usually reaches an operating temperature of 90º C to 104º C. As soon as the engine is switched off again, the oil cools down. These permanent heat fluctuations lead to a darkening of the engine oil.

Oxidation:
When oxygen molecules interact with oil molecules, natural oxidation occurs. This is comparable to iron, which continues to rust in the air.

Soot formation:
Soot is usually associated with diesel engines. However, modern direct injection gasoline engines can sometimes emit more soot than older diesel engines without exhaust aftertreatment systems. While individual soot particles are too small to cause engine wear, in larger quantities they can cause engine wear. The formation of soot also causes engine oil to turn dark.

Is a darkened engine oil no longer efficient?

Modern motor oils contain detergent and dispersant additives that clean contaminants such as soot and prevent them from being deposited on metal surfaces. Oil that has turned dark or black is a sign that the additives are doing their job and the engine oil can be used within the change interval.

A motor oil that looks like melted chocolate has lost its performance. For example, leaking cylinder head gaskets, contaminated water and coolant caused the engine oil to become more and more "washed out". Since water and oil do not mix, the water droplets are suspended in the oil. A so-called slurry occurs. This changes the appearance and consistency of the oil.

The water present in the oil leads to the formation of foam bubbles, which burst during operation. The metal parts of the engine are now no longer protected against wear. In addition, oil sludge is formed which clogs the oil channels and can damage the engine. In this case, the engine oil should be changed immediately.

What if the oil feels thin or looks thin?

Fuel dilution also leads to the formation of harmful residues and sludge. It should be noted that a sufficient viscosity of the oil can only be determined with great difficulty by visual inspection or rubbing between the fingers. A professional oil analysis is the only reliable way to determine the viscosity of the oil.

My oil feels gritty? Should I change it?

If the oil has this feel, it contains grit or other contaminants. This may mean that the oil has chemically decomposed. However, this is unlikely with particularly high-quality synthetic oil. In this case, the oil filter has become clogged with impurities. Allowing unfiltered engine oil to bypass the filter and circulate through the engine. Some oil filters are equipped with a bypass valve, which ensures that the unit is supplied with oil. In the short term, however, the oil and the filter should be changed urgently.

Although certain conclusions can be drawn based on the oil color, appearance, consistency and feel of an engine oil, it is advisable to carry out a professional oil analysis in order to be certain of the nature or condition of an engine oil.

By chemically analyzing an oil sample, you can be sure of the actual wear particles, water contamination, fuel dilution and other contaminants. With the analysis you will receive a qualified statement as to whether the oil is suitable for further use or not. 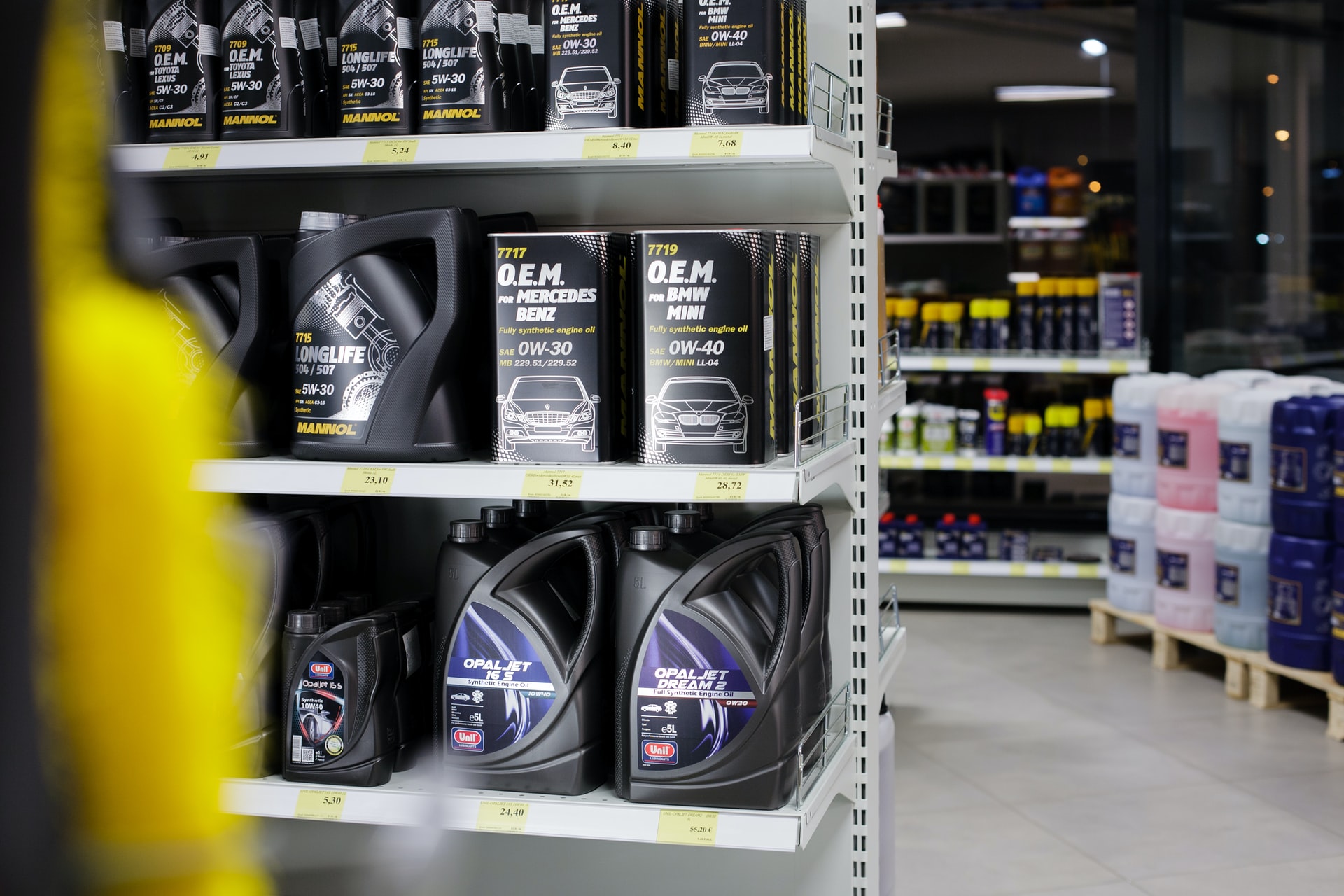 What does the color of engine oil mean? Credit: Unsplash

What does oil viscosity mean?

Why does the engine oil need to be changed?

Read More About Why You Need To Change Engine Oil

Find Out What Oil Colours Mean

Disclaimer:
At whatcaroil.com, we strive to provide the most accurate and comprehensive information possible. However, despite our diligent efforts, we cannot guarantee the complete accuracy of all the data on our website. Thus, we are not held responsible for any damages that may arise from the use of the information provided here. Please note that the articles and information on our site should not be considered a substitute for professional advice or services from certified and experienced mechanics. Always consult your vehicle's manual or reach out to the manufacturer to confirm the appropriate oil for your car.